The January 2016 recipient for Orion Gives Back is Clean Memphis.

Clean Memphis has a simple but ambitious mission: to make Memphis the cleanest city in the country.  Executive Director Janet Boscarino is a driving force behind the non-profit.  Janet’s love for our city and her belief in its future shines through in her story of how she first got involved with the organization, and the reasons for her ongoing commitment to its goals. 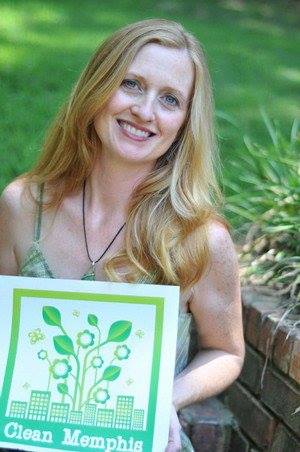 Why did you get involved with Clean Memphis?

Janet Boscarino:  I co-founded Clean Memphis in 2008 after spending 20 years in business development traveling around the country. When I would return home to Memphis the city didn’t fare well when compared to other cities in terms of cleanliness and sustainability. Around the same time I read an article in the Commercial Appeal regarding our population loss to other cities like Nashville, Charlotte and Atlanta. Among other issues, crime and the perception of a dirty city were among the reasons for this statistic. After having conversations with various groups, city/county, neighborhood leaders, etc., we realized that there was activity around this issue but no cohesive strategy. I began to research other cities and how they were addressing these issues. Indianapolis and Minneapolis became great examples for us as we created a strategic plan. The plan consisted of breaking down the city into smaller geographic areas or neighborhoods and creating cohesive teams that would work together to address cleanup, blight and beautification. Other cities also utilized court ordered labor at a high level and had robust educational outreach. We patterned our strategy after theirs with some modifications. We divided the city into 28 zones and are working with stakeholders to identify, report and mitigate code issues, organize cleanup projects, increase curbside recycling and reduce energy costs in neighborhoods. We also have two inmate/court-ordered crews out daily picking up litter in high-profile areas of the city – exit ramps, interstate and major gateways. We also have three teachers on staff who work directly in schools to provide environmental education and service learning opportunities for students to help them better understand how to interact with their environment.

What motivates you to stay involved?

Janet Boscarino: We have a lofty but achievable goal.  Making Memphis clean, green and environmentally sustainable is vital to our environmental health, quality of life, safety and economic development. It is an environmental justice issue as well. We can’t stop until every child in Memphis and Shelby County have a clean and safe neighborhood in which to live.

What is a volunteer experience with Clean Memphis like?

Janet Boscarino: It varies depending on your involvement level. We have a very active and engaged board, plus an advisory committee to help guide the planning, strategy and measurement. We have volunteers who just love to come out and meet other people on a Saturday morning for a few hours with low commitment levels and others who are interested in long-term engagement. Many of our corporate teams are connected to specific neighborhoods and schools. We work together to help these neighborhoods address cleanup, blight and education.

What is Clean Memphis’ biggest success?

Janet Boscarino: We have built an affective model and great partnerships. By doing so we have attracted the following strategic alliances:

If Clean Memphis were to be on the cover of your favorite newspaper or magazine in five years, what would the story be about?

Janet Boscarino: I would love to see Memphis recognized as one of the cleanest, greenest and environmentally sustainable cities in the country.

How do people who need help from Clean Memphis find you? Get connected?

Janet Boscarino: Go to our website, http://www.cleanmemphis.org,  and sign up our newsletter! Like us on Facebook and follow up on Twitter. Our phone number is 901-235-2416 or email at janet@cleanmemphis.org. I am always available to talk in person or by phone to better explain our mission, how to plug in, how to get assistance in you neighborhood or engage on a corporate team level. Sometimes a 10 minute conversation can really help.